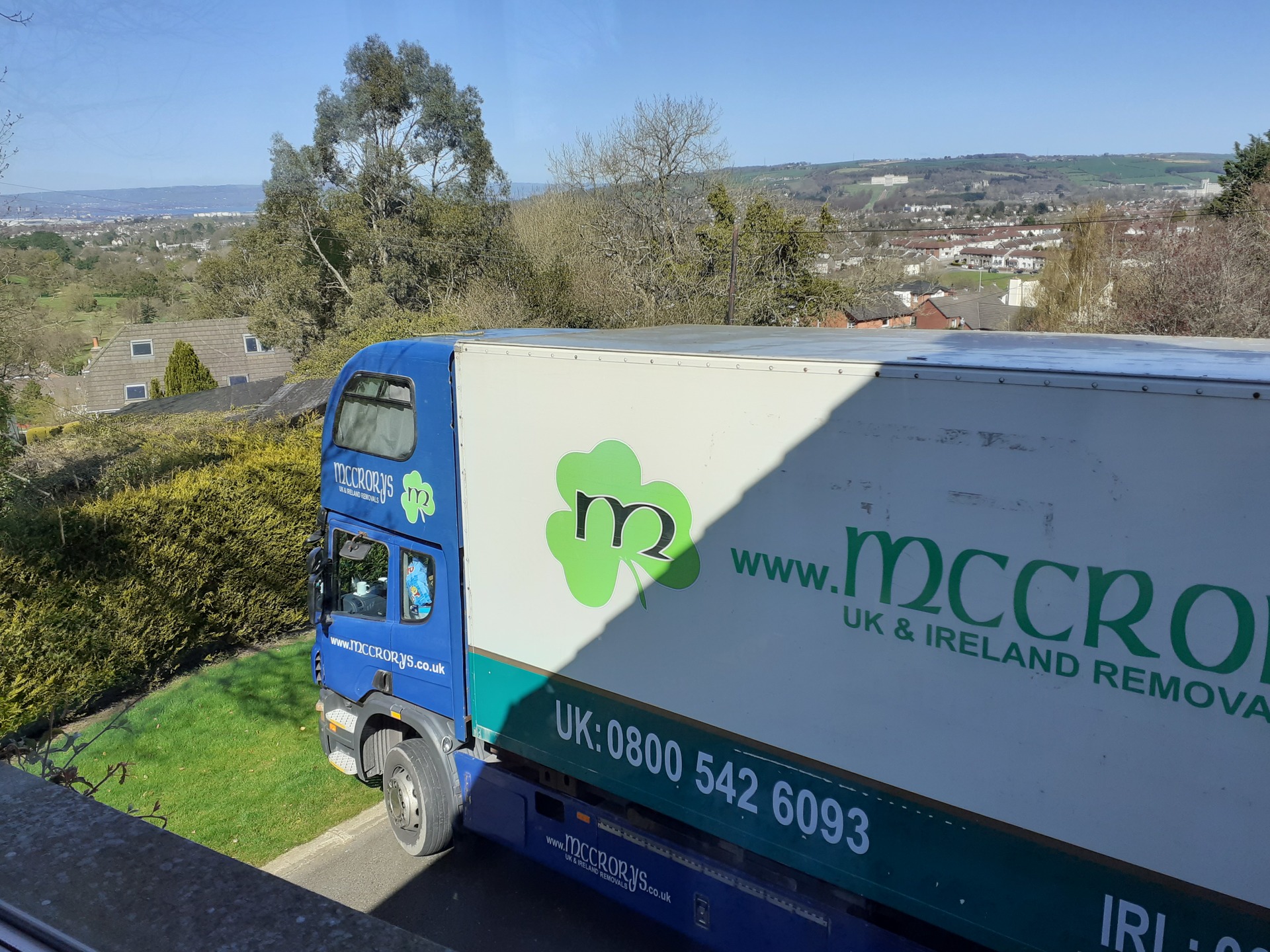 Customs for removals from GB To North Of Ireland, Northern Ireland.

Posted on 25th April 2021 at 19:05
Whether there are any Customs for removals from GB To North Of Ireland, or Northern Ireland is a question that should not expect an easy answer.
After the the UK Prime Minister, Boll**ks Nonsense stated in front of the TV Cameras that ‘There would be No Formalities required to transport goods between the UK And Northern Ireland, and that if Anyone asks you to fill in any forms, you should tell them that the Prime Minister said they should be torn up and Put in the Bin”, … it now seems a bit curious that, in fact, it is impossible to take any hgv goods vehicle between N.I. And GB, In either direction, without requiring a Full On Customs Declaration Procedure!
And, even if you quote the prime ministers instructions, there will be no exceptions!
But, as ever, McCrorys Removals Ltd are still operating into and out of the North, as much or more than ever before.
Hopefully the Prime Minister is not depending on our vote at the next election, or in fact the vote of anyone adversely affected by his Duplicitous Bluster.
Share this post: