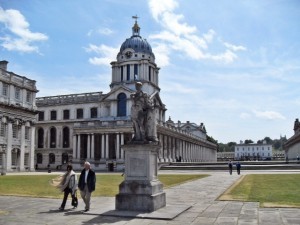 Emigrating From Ireland to England

Posted on 4th March 2014 at 10:06
We still think that towns the Irish typically would emigrate to in England were Birmingham, Manchester and Liverpool.
But it turns out that its still the case that the majority of Irish Emigrants relocate from Ireland to London.
Apparently this has always been the case. Its where the work is.
The Irish Community in London is the Fourth Largest Ethnic Group in the capital.
So, many of the Eighty Thousand moving to england from Ireland last year will have joined their friends in London and its suburbs.
In fact, in our own experience, of those Irish People moving back to Ireland recently, have tended to be from the provinces, including Birmingham and Manchester.
This could be because those Irish communities in the provinces have been established longer, and the people are now older and are returning home to retire.
Also, during the boom times in Ireland, property prices were so high, especially trying to buy a family home in Irish Cities, became unaffordable, for most Irish people living in the English Provinces.
Unless they had a house to sell in London or the South East it seems to us, that, even those many Irish Families that really wanted to go home to Ireland, they had to stay put in the provinces of England.
But, now that should start to change, and we can see already there is an increase in removals from the larger English Cities such as Birmingham and Manchester to Ireland, which may be the backlog that built in the boom times, of those who delayed their return home to Ireland.
And, although we still, do find Irish People moving back to Ireland from London, its been mostly moving from Ireland to London lately.
And those people that do move to London, are usually younger and are moving from Ireland for work in London. so if they leave London it can sometimes be to travel further afield to improve their prospects, many going to Canada or Australia.
So London is only a springboard.
Share this post: