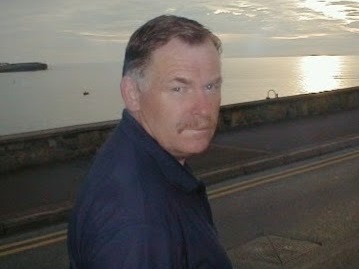 Posted on 26th August 2014 at 09:21
It took since 10th June 2014 till 22nd August 2014 before the National Guild Of Removers and Storers Ltd, decided to pay the legal costs awarded by court order and even then only after McCrorys Removals Ltd had given them notice that unless it was paid in full by midday on Friday, we would apply for an enforcement order, which would mean a visit to their offices to seize goods to the value of the debt.
With only Twenty minutes to go, I received an email from our solicitors showing that the payment for £2717 has just been transferred.
Apparently NGRS/CWD had wanted to try and dispute the order, and had tried to give the impression that they had lodged an appeal, but, the court document provided to prove this had no court stamp on it, and therefore was invalid, so we knew that we could ignore this, especially as the courts assured us that ngrs/cwd had made no form of application, and in fact were well ‘Out of Time’ too.
The reason given for making the application to put a Stay on the Order to pay McCrorys Removals, was, basically, that they suspected that McCrorys Removals were likely to apply to enforce the payment.. before ngrs would be able to apply for an appeal to have the awarded costs cancelled…on the grounds that the judge had erred on procedural grounds etc.
And that, if it was ‘known’ that McCrorys Removals Ltd were paid that awarded amount, it could do The National Guild of Removers and Storers Ltd ‘Reputational Damage’ and prejudice any appeal.
Whereas to withhold the payment would not ‘harm’ or cause any loss to McCrorys Removals Ltd.
NGRS Were DEAD RIGHT… we could be relied upon to pursue the claim to which we were legally entitled, and cannot really say that, we have the slightest regret, if this has done them reputational damage, as it was entirely Self Inflicted.
It is a well established principle that if any party is in the habit of taking legal action in a gratuitous way, then the judge will, at their own discretion, award costs against the party that is being unnecessarily litigious.
And this is exactly what happened in the Milton Keynes County Court on 10th June when The National Guild Of Removers and Storers ltd were ordered to pay McCrorys Removals Ltd £2717 and at the same time told that they were ‘denied leave to appeal’
And the judge also obviously decided to ignore that laughable clause that NGRS keep trying to impose, which would have been an indemnity against any form of claims against them, apart from the fact that this is ngrs/cwd trying to write their own laws, they are also insulting the Judge, by appearing to remove the powers vested in them to use their discretion when awarding costs. cwd transfer of costs awarded from The National Guild of Removers and Storers Ltd to McCrorys Removals ltd
I have also compiled an audio blog about this subject, which will be uploaded soon, and attached the documents detailing the correspondence from NGRS through CWD click on link just above.
Share this post: